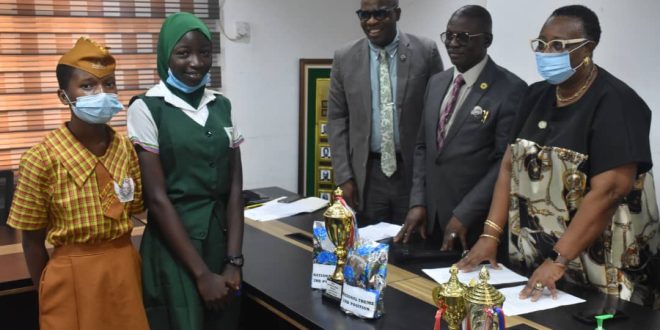 The Commissioner for Education, Mrs. Folasade Adefisayo, who received the victorious team at the Ministry of Education Conference Room, commended the students and their tutors for their outstanding performance and making the State proud.

Mrs. Adefisayo emphasised that the students have put the State in the limelight at the National level and continued to win laurels annually at National and International competitions.

She encouraged the students to be more versatile, dynamic, problem solvers and critical thinkers while maximising the available career opportunities open to them, saying, “You are not just leaders of tomorrow but leaders of today; therefore you must start practising leadership, shun all limitations and show your greatness to the world”.

The Education Commissioner also advised them to exhibit good character traits and distinguish themselves as good ambassadors by abstaining from all social vices and bad conduct in their respective schools.

Earlier in his welcome remarks, the Permanent Secretary, Ministry of Education, Mr. Abayomi Abolaji, applauded the teachers for their resilience and commitment towards imparting knowledge and preparing the students for their various competitions.

He enthused that the State Government has continued to create an enabling environment for learning, thereby creating opportunities for them to develop their intellectual capacity.

The National JETS competition is an annual competition aimed at popularising the teaching and learning of Science and Technology in Schools as well as exposing young, talented, intelligent scientists and technologists to the world beyond their locality.

The theme of this year’s annual National JETS competition organised by the Federal Ministry of Education, in collaboration with all the State Ministries of Education and the Federal Capital Territory (FCT) Abuja, is “The Role of Science, Technology, Innovation in Addressing Food and Human Insecurity Amidst COVID-19 Pandemic in Nigeria”. 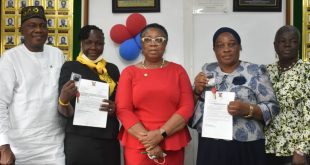