Lagos State Government has urged school children to embrace the culture of reading books, saying that the advantages of using the library cannot be subverted for reading books online or on social media.

The Permanent Secretary, Office of the Special Adviser on Education, Dr. Shamsideen Allison made the plea recently during the maiden edition of Lagos Reads Quiz competition organised for selected public schools in Lagos State and the unveiling of the Lagos State Library Board’s Mission and Vision Statements held at the Old Secretariat, Ikeja.

He said that the Lagos Reads initiative was conceptualised in 2018 by the State government in realisation of the importance of reading to its citizenry and the need to prevent reading culture from going into extinction.

“Lagos Reads is an initiative geared at improving the reading culture of all Lagosians by enabling, facilitating and promoting reading programmes and activities in schools as well as public and private libraries across the State”, the Permanent Secretary stated.

During the ceremony, a Director of Lagos State Library Board, Mr. Asimiyu Amoo Oyadipe also congratulated participants, especially the schools that emerged winners at the end of the competition, noting that the outcome of the competition should spur the students to continue to read wide and equip themselves with adequate information.

He added that the competition complements the online version of the quiz competition which had been initiated by the Board for school pupils of different cadres in three categories – Junior, Senior and Adults based on selected reading materials on a monthly basis among others.

The Director stated that the competition which covers wide subject areas like Physics, Chemistry, Biology, Government, Economics, Literature-in-English, English, and Mathematics is meant to prepare the students for their Secondary School Certificate Examination, SSCE and also test their knowledge about happenings around them.

Also speaking at the event, a Guinness World Record holder Mr. Olubayode Treasures Olawunmi who read for over 120 hours non-stop, encouraged the participants at the event to be desirous of becoming great in life.

He counselled them not to limit themselves by their present status, saying that he was once a petty hawker before he came to limelight due to his love for reading books.

“Always aim for the peak in life and work towards it. I believe that with determination and resilience there is no place that someone cannot attain in life, I was once a ‘fufu’ seller while I was growing up, so if I can be what I am today, it shows that you can also become great if you work and read hard,” he asserted. 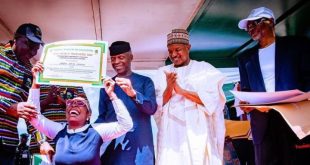 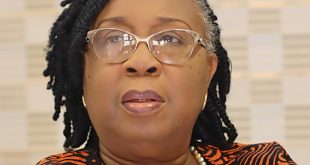 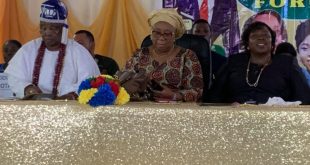