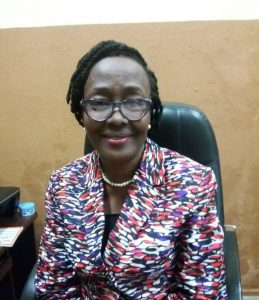 Mrs. Adebowale who holds a Cambridge Education Certificate in School Improvement and Professional Support has professional trainings in “Effective Schools Management Workshop,” “21st Century Skills Module of the Professional Development Programme” and “Effective Performance of Vice Principals of Junior Secondary Schools in Lagos State” amongst others.

In her quest for professionalism, Mrs. Adebowale is a member of the Teachers Registration Council of Nigeria (TRCN) and the Lagos State Schools Improvement Team (LASSIT). Happily married with children, she has interest in reading, playing scrabble and husbandry.

Thereafter, Seviton processed to the Lagos State University, Ojo, for a degree in Sociology, and with spark of brilliance and excellence, he graduated with Second Class Upper Division in 1997.

He had his National Youth Service Corps (NYSC) at the Department of Sociology, University of Uyo, Akwa-Ibom State between 1998 – 1999 as a Graduate Assistant and joined the Service of the Lagos State Government as an Information Officer II, Grade Level 08 on               1st March, 2000. He has worked in various Ministries and Parastatals of the Government which includes the Ministry of Transportation, Ministry of Works and Infrastructure, Ministry of Physical Planning and Urban Development, Ministry of Local Government and Chieftaincy Affairs, Ministry of Home Affairs (Directorate of Fire Services), Lagos State University, Ojo (Head, CIPPR Department, Lands Bureau and presently the Head, Public Affairs Unit, Ministry of Education.

In his quest for professional knowledge, Seviton processed to the Nigeria Institute of Journalism, Lagos where he bagged a Post Graduate Diploma (PGD) in Public Relations and Advertising (Upper Division) in 2011.

He has avid interest in Sports, Animal Husbandry and Arts.